During each monthly cycle, healthy couples who aren't using birth control typically have around a 25 to 30 percent chance of getting pregnant, though it can vary widely depending on the circumstances.

That's actually a surprisingly high percentage considering that you can only conceive around the time of ovulation — a small window each month when the egg is viable (between 12 and 24 hours) and open for the business of fertilization.

Doesn't sound like much of an opening? Consider, then, that sperm are able to live to fertilize for a lot longer than an egg is willing to hang out, anywhere from three to six days. Which means that even if you have sex a few days before ovulation, there may be plenty of sperm still around to greet the egg when it emerges before it makes its trip down the fallopian tube. And remember: It only takes one sperm to make a baby.

Of course, having sex the day you ovulate would be ideal, since after that the window tends to close until the next cycle. So recognizing the signs of ovulation is key when pregnancy is the goal.

What is ovulation?
Ovulation is the release of a mature egg from one of the ovaries, which happens every month. A woman is most fertile around the time of ovulation.

But as with everything pregnancy-related, there's a wide range of normal here since cycles can last anywhere from 23 to 35 days, and even your own cycle and time of ovulation may vary slightly from month to month.

How long does ovulation last?
Ovulation lasts between 12 and 24 hours. That's how long the egg released by the ovary is viable. Ovulation symptoms and signs to watch out for
Here are the seven main signs of ovulation that you should be on the lookout for:

Your basal body temperature falls slightly, then rises again.
Your cervical mucus becomes clearer and thinner with a more slippery consistency similar to that of egg whites.
Your cervix softens and opens up.
You may feel a slight twinge of pain or mild cramps in your lower abdomen.
Your sex drive may increase.
You may notice some light spotting.
Your vulva or vagina may appear swollen.
How to predict ovulation
There are a number of ways to predict when you might start ovulating. Here's how to prepare for ovulation and pinpoint the timing:

Check the calendar. Keep a menstrual cycle calendar for a few months so you can get an idea of what's normal for you — or use tools that can help you calculate ovulation. If your periods are irregular, you'll need to be even more alert for other ovulation symptoms.
Listen to your body. If you're like 20 percent of women, your body will send you a memo when it's ovulating, in the form of a twinge of pain or a series of cramps in your lower abdominal area (usually localized to one side — the side you're ovulating from). Called mittelschmerz — German for "middle pain" — this monthly reminder of fertility is thought to be the result of the maturation or release of an egg from an ovary. Pay close attention, and you may be more likely to get the message.
Track your temperature. Your basal body temperature, or BBT, that is. Taken with a special, basal body thermometer, basal body temperature is the baseline reading you get first thing in the morning, after at least three to five hours of sleep and before you get out of bed, talk or even sit up. Your BBT changes throughout your cycle as fluctuations in hormone levels occur. During the first half of your cycle before ovulation, estrogen dominates. During the second half after ovulation, there's a surge in progesterone, which increases your body temperature as it gets your uterus ready for a fertilized, implantable egg. That means your temperature will be lower in the first half of the month than it is in the second half. Confused? Here's the bottom line: Your basal body temperature will reach its lowest point at ovulation and then rise immediately about a half a degree as soon as ovulation occurs. Keep in mind that charting your BBT for just one month will not enable you to predict the day you ovulate but rather give you evidence of ovulation after it's happened. Tracking it over a few months, however, will help you see a pattern in your cycles, enabling you to predict when your fertile days are — and when to hop into bed accordingly. 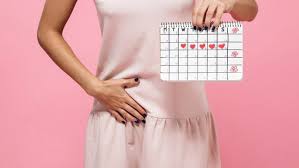 Get to know your cervix. Ovulation isn't an entirely hidden process, and there are some definite physical signs of ovulation. As your body senses the hormone shifts that indicate an egg is about to be released from the ovary, it begins prepping for the incoming hordes of sperm to give the egg its best chance of being fertilized. One detectable sign of ovulation is the position of the cervix itself. During the beginning of a cycle, your cervix — that neck-like passage between your vagina and uterus that has to stretch during birth to accommodate your baby's head — is low, firm and closed. But as ovulation approaches, it pulls back up, softens a bit and opens just a little, to let the sperm through on their way to their target. Some women can easily feel these changes, while others have a tougher time. Check your cervix daily, using one or two fingers, and keep a record of your observations. The other cervical ovulation symptom you can watch for is a change in mucus. Cervical mucus, which you'll notice as discharge, carries the sperm to the ovum deep inside you. After your period ends, you'll have a dry spell, literally; you shouldn't expect much, if any, cervical mucus. As the cycle proceeds, you'll notice an increase in the amount of mucus, with an often white or cloudy appearance — and if you try to stretch it between your fingers, it'll break apart. As you get closer to ovulation, this mucus becomes even more copious, but now it's thinner, clearer and has a slippery consistency similar to that of an egg white. If you try to stretch it between your fingers, you'll be able to pull it into a string a few inches long before it breaks (how's that for fun in the bathroom?). This egg white cervical mucus is yet another sign of impending ovulation. After you ovulate, you may either become dry again or develop a thicker discharge. Put together with cervical position and BBT on a single chart, cervical mucus can be an extremely useful (if slightly messy) tool in pinpointing the day you're most likely to ovulate — in plenty of time for you to do something about it.

Buy an ovulation predictor kit. Don't want to mess around with mucus? You don't have to. Many women use ovulation predictor kits, which identify the date of ovulation 12 to 24 hours in advance by looking at levels of luteinizing hormone, or LH, the last of the hormones to hit its peak before ovulation. All you have to do is pee on a stick and wait for the indicator to tell you whether you're about to ovulate. Another option is a saliva test, which measures estrogen levels in your saliva as ovulation nears. When you're ovulating, a look at your saliva under the test's eyepiece will reveal a microscopic pattern that resembles the leaves of a fern plant or frost on a window pane. Not all women get a good "fern," but this test, which is reusable, can be cheaper than the kits. There are also devices that detect the numerous salts (chloride, sodium, potassium) in a woman's sweat, which change during different times of the month. Called the chloride ion surge, this shift happens even before the estrogen and the LH surge, so these tests give a woman a four-day warning of when she may be ovulating, versus the 12-to-24-hour notice that standard ovulation predictors provide.
Just remember: Patience and persistence are key when you're trying to get pregnant, and there are no guarantees that you'll definitely conceive even if you are ovulating. But it can't hurt to keep an eye out for these common ovulation symptoms, then plan a candlelit dinner, draw a warm bubble bath or go on a romantic weekend getaway — whatever it takes to put you and your partner in the baby-making mood. 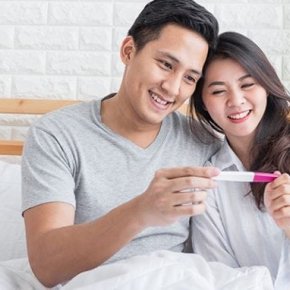