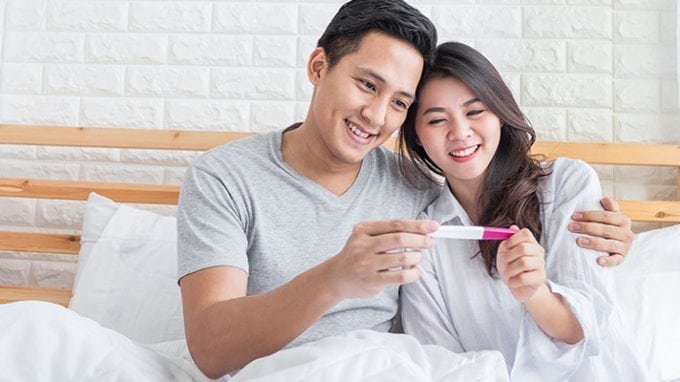 "After you've been using birth control for awhile, it may take your body a few cycles to start ovulating regularly and be primed for pregnancy," Dr. Williams says. Plus, this gives you time to track your cycle to figure out exactly when you ovulate (step #2), which is key for timing your baby-making.

Step 2: Figure Out Your Fertile Days
No matter how often you and your partner get horizontal, if you skip the key days out of the month when your egg is raring to go, you won't get pregnant. "The biggest mistake my patients make is not knowing exactly when they ovulate," says Dr. Williams. 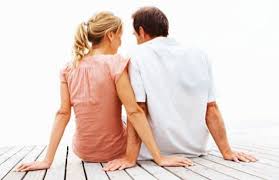 Today, most doctors recommend using ovulation predictor kits (OPKs) for a more accurate measure of ovulation. Though you can still use basal body temperature (BBT) charting, OPKs give you advance warning that your egg is about to be released, so you can plan accordingly. OPKs work by detecting a surge in luteinizing hormone (LH) in your urine, which occurs about 36 to 48 hours before you ovulate.

Step 3: Have Sex Before You Ovulate
Those hardy sperm can stick around in your uterus and fallopian tubes for two to three days, but your egg only lasts for 12 to 24 hours after it's released. So having sex before you ovulate boosts the chances that there'll be sperm around to greet your egg as soon as it debuts.

* Start having sex a few times a week as soon as your period ends. Getting busy that often ensures you won't miss your most fertile time, especially if your cycle length varies from month to month.

* Make a point to have sex every other day starting around day 10.

* When you have a positive result on your OPK (around day 12), have sex that day and the next two days—these are your primo days out of the month to conceive.

Step 4: Know the best time and position for sex
What really works and what's purely the stuff of old wives' tales is somewhat debatable. Dr. Williams helps us separate myth from fact:

Lie on your back after sex. "Because the vagina naturally slopes downward, resting on your back after sex allows sperm to pool there, which gives them an edge in swimming toward your egg," says Dr. Williams. Should you keep your legs elevated, too? It can't hurt, he says, but it probably doesn't help any more than lying down does.Have sex before bed. Though some sources report that sperm count is highest in the morning, the truth is that there's no optimal time of day to have sex. However, doing so before you hit the hay is an easy way to ensure you stay on your back afterward.Keep it vanilla(ish). While there's no single sex position that's best for babymaking (or for choosing your baby's sex), stick to one where you'll be on your back when it's over.

* Use lube to give sperm a leg up. Some people may think that a lubricant may help sperm move more quickly, but the truth is that this can actually hinder your pregnancy efforts. Many formulas may alter the pH balance in the vagina and decrease sperm mobility.

* Worry if you don't have an orgasm. A great perk of satisfying sex, sure, but don't count on your postcoital bliss to help you get pregnant more quickly. Though some speculate that orgasms boost conception by drawing more sperm into the vagina and uterus, this theory lacks scientific proof.

* Worry about boxers vs. briefs. Because some fertility problems in men stem from a condition where the temperature in the testicles is excessively warm, which affects sperm production, it's natural to believe that favoring briefs over boxers could hinder conception. However, there's no good evidence this is true, says Dr. Williams. There's certainly no downside to his sticking with boxers, but it's unlikely to significantly speed up your pregnancy timeline. 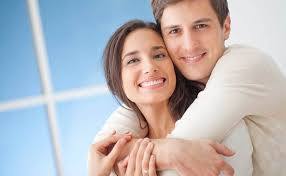 Step 6: Get Ready to Test
The earlier you know you're pregnant, the sooner you can see your doctor to start prenatal care and make sure your eating, drinking, and other habits are as healthy as possible. Though some of today's home pregnancy tests allow you to start testing super-early (as soon as 10 days after you ovulate), you'll get the most accurate results if you wait until the day you expect to get your period.

Home pregnancy tests work by detecting levels of human chorionic gonadotropin (hCG) in your urine. Levels of this hormone, produced by the placenta, continue to rise in early pregnancy. Tests marketed as "early results" or "early response" may be more sensitive at detecting lower levels of hCG earlier.

Testing too early is likely to yield what experts call a "false negative" result—where the test says you're not pregnant, but you really are. What's happening is that your body isn't producing enough hCG yet to be detected by the test. Waiting and testing again a few days after your missed period is likely to turn up the plus sign you're looking for.

Step 7: If the Test Is Negative...
Didn't get pregnant this month? Don't get upset. Most couples don't succeed the first time out of the gate (more than half get pregnant by 6 months, about 85 percent by one year). Most likely, you miscalculated your most fertile days, so your partner's sperm never had the chance to fertilize your egg. Consider switching to a daily OPK if you haven't already tried it, and get psyched to try again next month.